By Caroline OstermanPhoto by John Schnobrich on Unsplash.It all started during the first week of the Berkeley MEng program. Arjun Bidesi, MEng ’19 (IEOR), eager to pave his way in the booming startup world of the Silicon Valley, went straight to work n… A unique component of the UC Berkeley Master of Engineering program lies in its leadership curriculum. Not only do students learn the technical skills they need to become successful engineers after graduation, but they also build crucial leadership and… 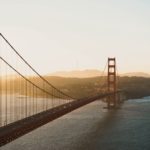 By Youhee Choi, edited by Maya RectorPhoto by Dominique Jordan on UnsplashYouhee Choi is a current UC Berkeley Master of Engineering student studying IEOR in the class of 2018. Youhee is interested in project/product management and the startup accelera… By Caroline OstermanNow in its seventh year, the Berkeley MEng program continues to foster a growing and impressive network of alumni. Our Masters graduates have contributed their knowledge and innovations to both growing startups and large corporation… By Maya RectorTony Chang graduated in 2012 with his MEng degree in Electrical Engineering & Computer Sciences (EECS). He is currently a senior product manager at Intuit, where he works on expanding the developer platform and connected app ecosystem…

Driving up Electric Ave. to the Tesla Gigafactory, a massive windowless wall of white topped with red looms before you, seeming even larger against the Nevada desert landscape. This is Gigafactory 1, currently under construction in Sparks, NV. The huge structure isn’t yet completed: all of the current parking spots are slated to be future factory floor. This stretch of Nevada is where battery packs will be produced for both homes and cars, focusing on the Tesla Model 3, the affordable electric car for everyone that Elon Musk envisions will eliminate the need for fossil fuels.

Tesla’s mission, to “accelerate the world’s transition to sustainable energy,” is front and center at the Gigafactory.

Knowing Tesla’s mission is one thing, but seeing the reality of their commitment to sustainability is another. Only partially complete so far, the Gigafactory is already producing batteries for the next generation of clean energy — in a completely revolutionary way. Our tour guide detailed the vertical integration and economies of scale that allow Tesla to overhaul traditional manufacturing practices. For instance, while under construction, the Gigafactory is run by grid power, but will be powered by its own solar panels and become net zero energy by completion. It runs on an advanced water recycling system, which will only use a fraction of the initial projection.

By 2020, the Gigafactory aims to create more lithium ion batteries per year than the current worldwide production.

Getting things done in a better, more innovative way is a palpable culture in the factory. With nearly unimaginable speed and mobility, it’s a unique mix of construction and production at the Gigafactory. Employees are at their desks while construction workers build up the factory interior. Our two tour groups were able to walk around the floor and speak to engineers at Tesla. These representatives from different branches — manufacturing engineering, facilities engineering, packaging engineering, design, and new product introduction — were able to shed light on the needs of the Gigafactory, the Tesla application process, and what it’s like to work for Tesla.

Among them was Brian Mick, an M.Eng. alum now working in Tesla’s Palo Alto office as a mechanical design engineer. He offered advice, opened himself to questions, and when we were out of time, encouraged us to continue the conversation about Tesla with him over email. One thing in common among the representatives was their dedication to Tesla’s mission of producing beautiful cars and, more importantly, clean energy. The core of Tesla, its battery technology, is on display here at the Gigafactory to bring us into Elon Musk’s vision of sustainability.

Tech Treks is a Career Services initiative offered by the Berkeley Masters of Engineering Program. It connects students and industry by hosting trips that allow future Engineers to learn about a company’s projects and initiatives directly from their employees and engineers.

Tech Treks: Tesla Gigafactory 1 was originally published in Berkeley Master of Engineering on Medium, where people are continuing the conversation by highlighting and responding to this story.